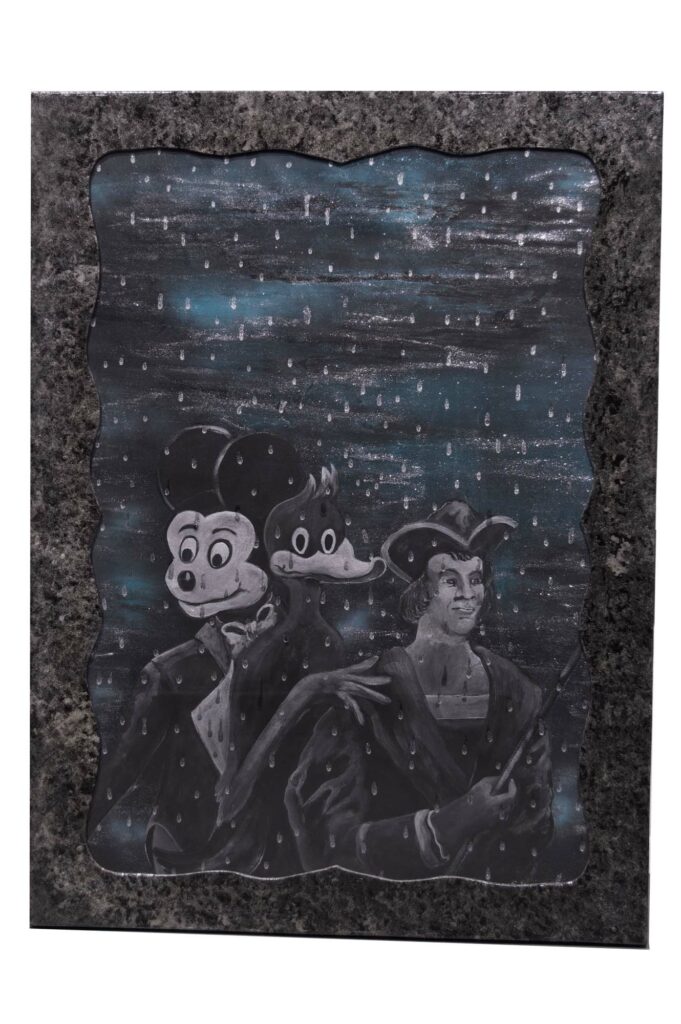 The concept of America / American has always been a complicated one, fraught with misconceptions regarding where the geographical boundaries meet the more complex cultural boundaries of the region. First, we must recognize that the geographical area designated as the Americas, encompasses the regions now known as Canada, North America (United States), Central America, at times the Caribbean, and South America.

The first issue of controversy arises with the history written by the colonizers of these lands. The Americas were already richly populated with advanced societies and a multitude of cultures and peoples well before their “discovery”, by accident, by Western explorers. Therefore, the first cultural definition of Americas should be that of the native populations of the land which were highly diverse culturally.

Then, with colonization comes the division of the Americas based upon the different Occidental countries which laid claim to different geographical areas. These boundaries changed greatly through the process of colonization and negotiation, with different foreign bodies laying claim to the area irrelevant of the existing cultures and societies inhabiting the land.

In modern times, now that the Americas are all independent nations, beholden neither to their native ancestry nor their colonial past, but rather to their own definition of identity based on socio-political and cultural norms that are commonly recognized in each unique country within the continents of North and South America.

What better way to explore these complicated identities than through the eyes of the artists that live them? We begin this exploration with a selection of works by U.S. based artists which were commissioned in the late 1970’s by the gallery owner asking the artists to speak to their idea of the “future of America” as we came up to 1984, a reference to Orwell and the dystopian visions of that time.

We compare those very time and subject specific works to those of Central American artists Ronald Moran and Luis Gonzalez Palma, whose work both focus on the natives of Guatemala and the decimation of those populations through modern warfare created when the U.S. tried to intervene on the politics and policies of Central America, resulting in bloodbaths of the native populations by militias armed by the U.S. government. 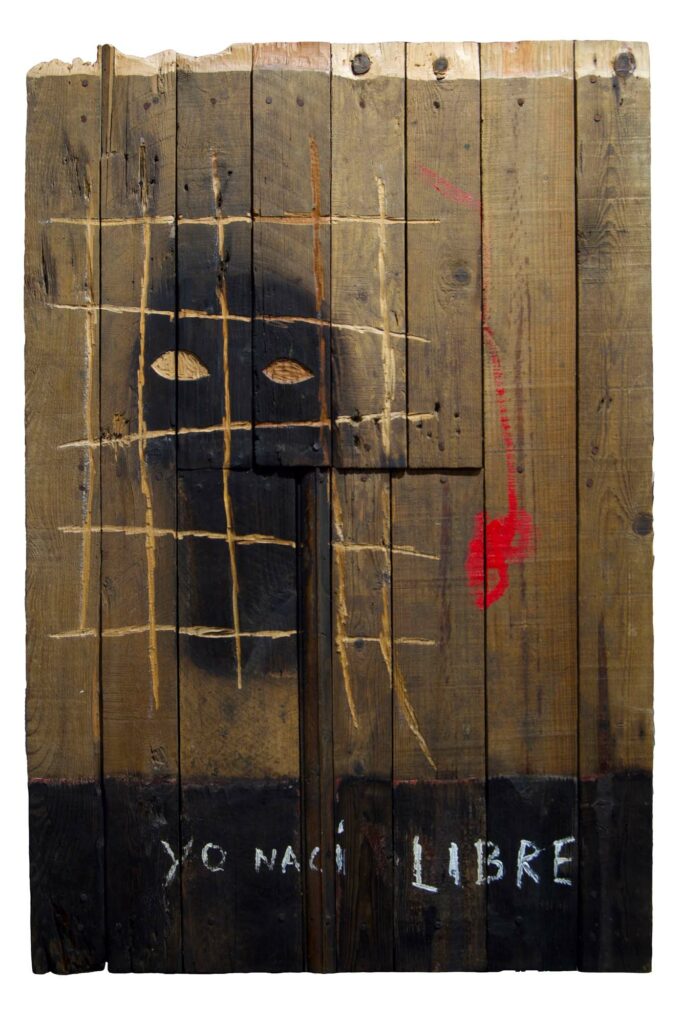 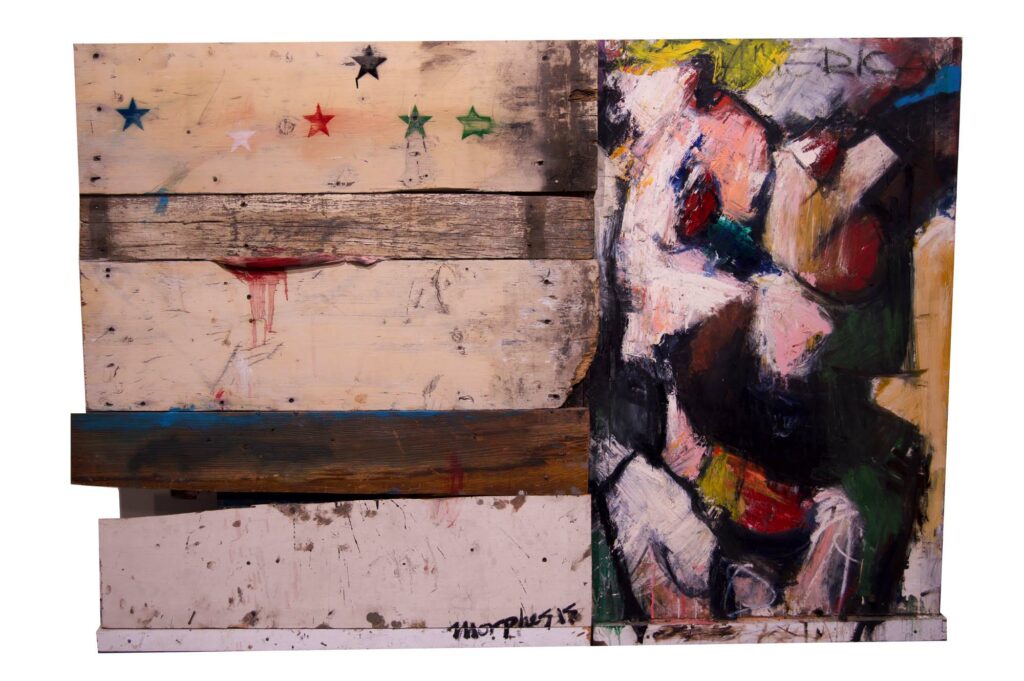 We then examine how Cuban artists Jose Bedia, Juan Roberto Diago, Jose Toirac and Abel Barroso address in
very different ways what being “American” is, from the decimation of the Natives with Bedia’s work, to the slave trade in Cuba with Diago’s work, the dissection of the “official” history of Cuba in the work of Jose Toirac,
and finally the humorous irony of how different the power of being American can be depending on which side
of which border one is born on in the work of Abel Barroso.

From Haiti we have the work of Edouard Duval-Carrie, which uses the perspective of the colonizers against
them in using their own idealized imagery of the Americas as being a wide open and unpopulated land just waiting for European’s to come and “civilize” it. Milton George from Jamaica presents an over saturated
depiction of New York as his response to make sense of the dark city.

Finally, we examine the perspective of a selection of artists from Argentina – Ana Fabry, Leon Ferrari, and Santiago Porter, who address the atrocities that have occurred within their country In military dictatorships,
far worse and more brutal than those which occurred in the process of independence. What have we done with the freedoms that we fought so hard for, if not to war with and decimate our own populations with internal struggles for power?

Pan American Art Projects was established in 2001 with the mission to exhibit and promote established and emerging artists from North, Central and South America, providing a context for dialogue between the various regions. We represent a strong roster of contemporary artists of the Americas and hold a collection of important works from Cuba, Argentina, the U.S. and the Caribbean. Our programming reflects these complementary arenas providing a comprehensive historical context for contemporary tendencies in the visual arts from these regions.

The gallery was born from the personal collection of our owner, Robert Borlenghi, who as a founding member of MOCA Los Angeles made his first trip to Haiti in 1990 and found many great artists that were relatively unknown to collectors in the U.S. He made it his mission to collect and exhibit underrepresented artists from Haiti, Jamaica and later Cuba. This mission then transferred to our gallery when we opened in Dallas in 2001, when we began adding actively represented artists from North and South America. 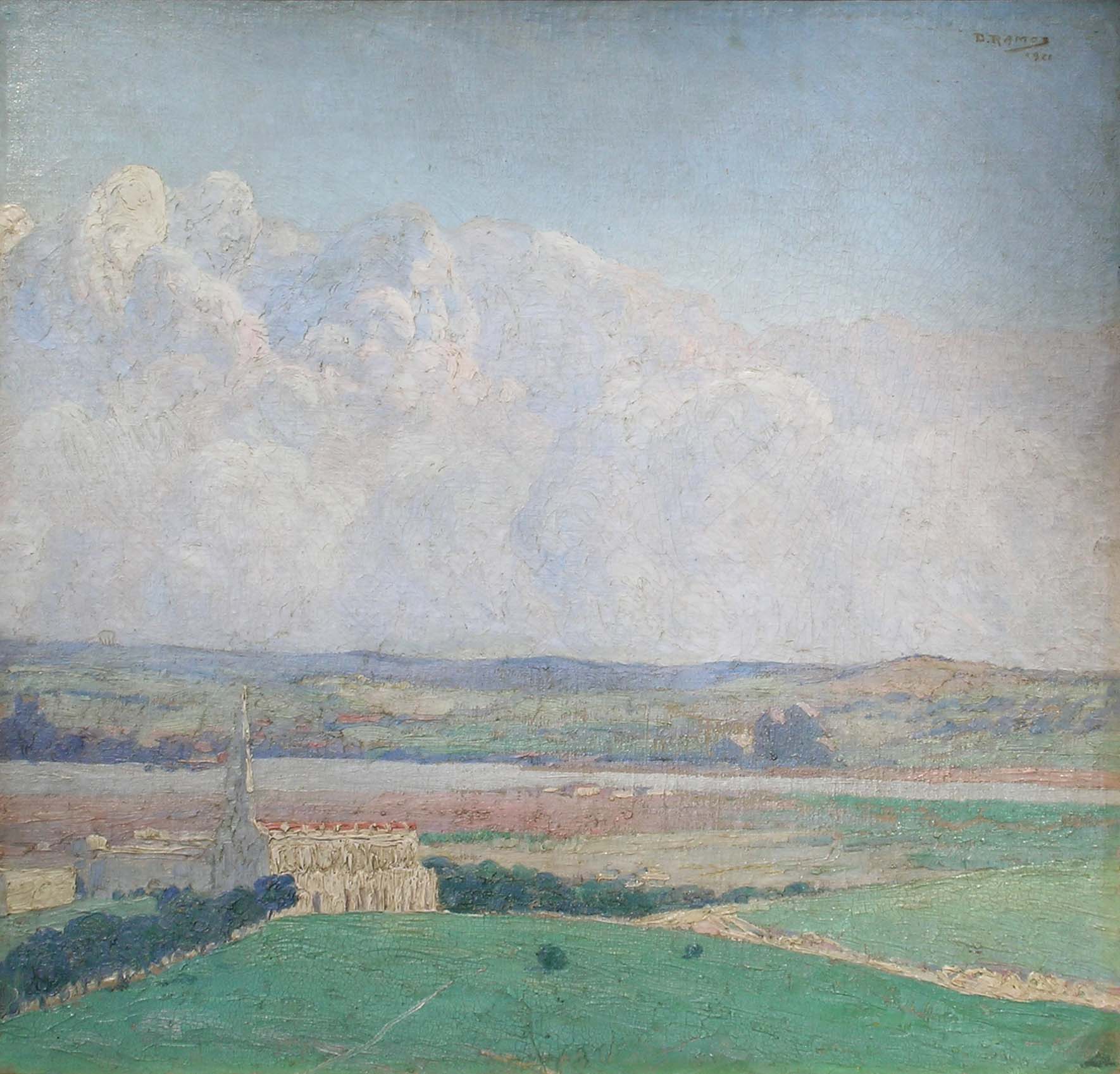