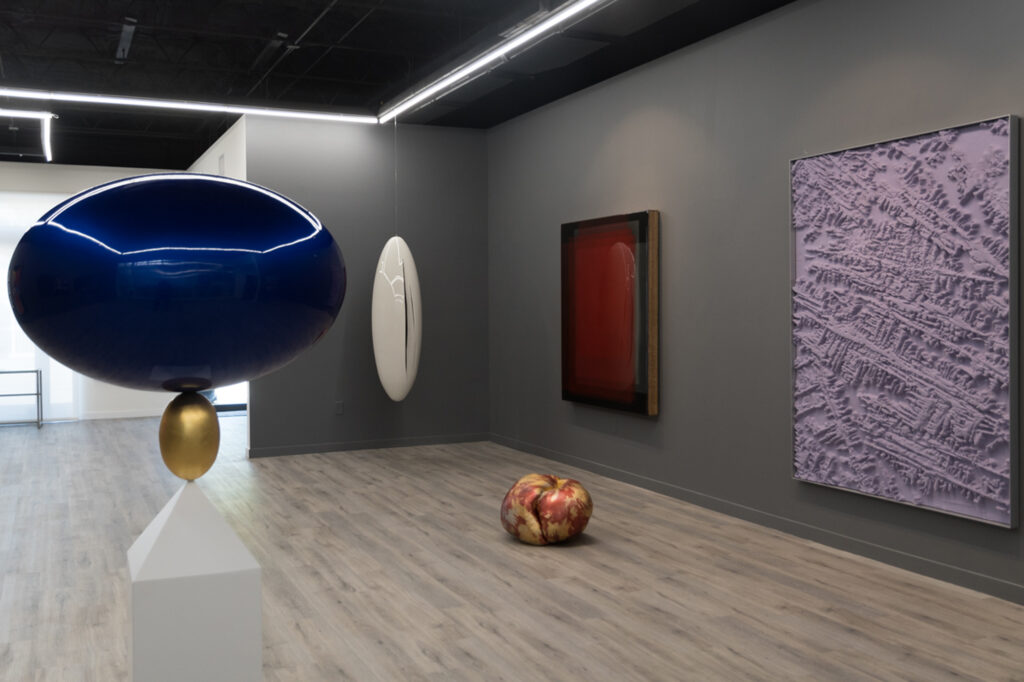 LOLE ASIKIAN – Born in 1984 in Buenos Aires, Argentina , The Itala Fulvia Pantheon Subterranean temple where silence calms the background noise. I lose myself in a maze of lights and shadows designed for the rest of the immortals and the uncertainty of mortals. I discover an absence, imposing and beautiful. It reminds me that time plays a game and that the only way to beat it is to live in the present without forgetting the past. The anxious future distracts us from our own finitude.

LORIS CECCHINI – Born in 1969 in Milan, Italy, On entering the exhibition, the visitor is greeted by the structure, entitled Waterbones. The modules that make up the structure creates an arrangement that recalls natural constructions to be found in a plethora of biological phenomena. The artist’s Waterbones installations have an inherent faculty for adaptation, a premise conceived by the artist in their development. Consisting of hundreds if not thousands of steel modules called Waterbones, they act as a biological metaphor that, like a particle’s substance, manage to occupy and fill the determined space. They interact with the architectural volume of their surroundings, finding themselves teetering on the boundary between biological and artificial, inert and dynamic. These modular works play with a form of abstraction; the geometry that is created recalls arabesques.

DANIEL DOMIG – Born 1983 in Vancouver, Canada, “Painting is a process. A thickening of the visible that is agitated by an appearance of forms, lines and shapes. Every mark not so much in addition to, but in fundamental transformation of all preceding ones. As this process continues, there is an increasing tension between painter and painting. Material has its stubborn qualities, the composition its own logic. Like a parent bringing up a child, the painter must avoid imposing his own vision onto the empty canvas and come to terms with guiding a living organism that has a mind of its own”.

Ómò Oba (HRH) Adétòmíwá A.  Gbadébò – Born in Nigeria , “I create art for the future of my being and those that have come before me, and for those around the world who need inspiration and hope to deal with humanity’s prosperities and discords, as well as the preservation of the Yorùbá culture and philosophies. I create to challenge people’s previously unquestioned intellect. I want my people, as well as those foreign to my existence, to be reminded of where they have come from and where they need to go for a sustained equilibrium of life for all”. Òmó Oba Gbadébò, also focuses on collecting art globally as well as retaining strong relationships with establishments in support of the global art scene; which he states, “it’s one of many joys in life that fuels and enlightens his artistic practices”. In describing himself, Òmó Oba (Prince) Gbadébò says: “I am just a Yorùbá man and a mortal, flesh and bones; a custodian of culture; a vessel for Olódùmarè and my people; sharing his philosophies and journeys with all; for a better enlightened future aimed at humanity – socially, morally, intellectually, economically, and spiritually”.    “The term artist is not one that should be abused; it is a privilege not a right.

CLEMENCIA LABIN – Born in Maracaibo, Venezuela, Labin transforms her creative discourse into autonomous projects that allow great freedom of movement from one format to another, from one subject matter to another, using different styles and techniques in a single space of time. Her leitmotif is the essence of transformed language, full of irony, which denotes a clear handling of volumes and in the words of the artist herself, undoubtedly determines her ‘desire to create a three-dimensional aspect, to come out of the flat painting, to make something which urges to be touched.

Colour stimulates the perception of these tangible shapes, making reference to mood and spiritual condition. Labin expresses the infinite possibilities of composition through the use of colour and its tensions.  She rearranges the construction, stimulates our imagination, and bedazzles fantasies. The extensive repertoire with which the artist works on her creations makes her language recognizable in different spaces, a plural language which, although full of signs and codes of Venezuelan popular culture, also reflects the German influence of her training.  – Tahia Rivero

DIRK SALZ – Born in 1962,Bochum, Germany, With my art I am looking for the ideal that can never be reached. That is why my work always consists of composition and irritation. Always looking for the ideal ratio of the one coherent composition – which of course must be always disappointed. In this experience the producer and observer become one, human perception and cognition never attainable.
Dirk Salz (2013)
It is about human perception.
What is real and what is reality? What can we be sure of?
It deals with the things, that are ’in-between or beyond’, things that are not lying blank on the table, but hidden under the surface. Things that we can sometimes be aware of but are otherwise unable to describe or explain with our speech and our mind.

These are the things I’m personally interested in. And because words are not appropriate means to communicate about those things, we have to use others. Art has this opportunity. It can influence and impact a viewer not only visually but in a more sensual way. My artworks start a dialogue with the viewer. They are looking and feeling different – depended on time, space, the light and the viewer himself. So everybody has to gather his own experience with the painting in the very moment of perception.

– And if it works, you may be able to experience those rare moments, when you suddenly become aware, that there is more than this…
Dirk Salz (2014)

DANIEL VERBIS – Born in 1968, Leon,Spain., At the beginning of the nineties his work was moving away from painting to give way to works with a marked conceptual character. In these works, authorship was annulled by graphically recording linguistic propositions or formulas, which resulted in a series of drawings on the wall or on intervened recycled papers. These works, sometimes ephemeral, constitute the most representative part of his work until the end of that decade. Starting in 2000, Verbis’s work became more restless and he began to introduce unusual materials into his painting (cotton threads, plasticine, canvas, buttons…). In an attempt to reconstruct the idea of the painting as an object, I end up deconstructing the idea of what painting could or could not be. It is just at that moment when the frame becomes a characteristic element of his painting. Today Verbis painting has become more introspective, more complex. His work forks into heterogeneous paths that are not always easy to follow: on the one hand, Verbis practices a biomorphic abstract painting in large poliptychs and on the other hand an action painting whose best exponent are his mural works. Nor can we forget his disturbing sculptures or his works on paper: drawings, engravings, photographs and collages in which a certain sui generis figuration makes an appearance.

SANTIAGO VILLANUEVA – Born in 1965, Madrid Spain, Art linked to the intimate experience of the body and time, to the search for an interior portrait with beauty as the essential interlocutor. As Barthes would say, “a slight fold in which the page of life, the silk of language, has been pinched.”

Nothing remains stable, there is a changing equilibrium, transitions that describe the play of internal forces and advocate what is about to happen. Actions captured in the process of transformation, and that suggests an inherent inertia to development, will or encouragement.

Actions that can only be interpreted from the senses. The work is not intended to provoke simple visual pleasure or tactile experience. Its reason is to stimulate desire, seduce us until we penetrate sensually into the object and perceive the emotion it proposes from a more intimate, more subjective place.

From the duality provided by the language of the senses and the language of matter, the work is defined and constructed. An industrial skin epidermis as a materialization of internal organic emotions is the paradox chosen as a narrative tool. 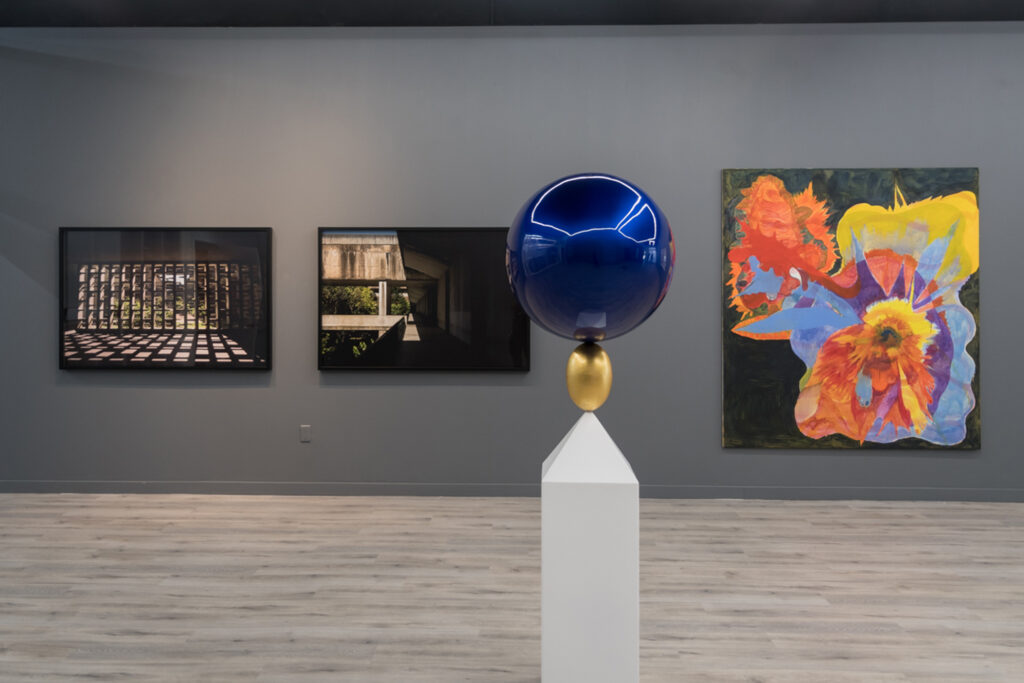 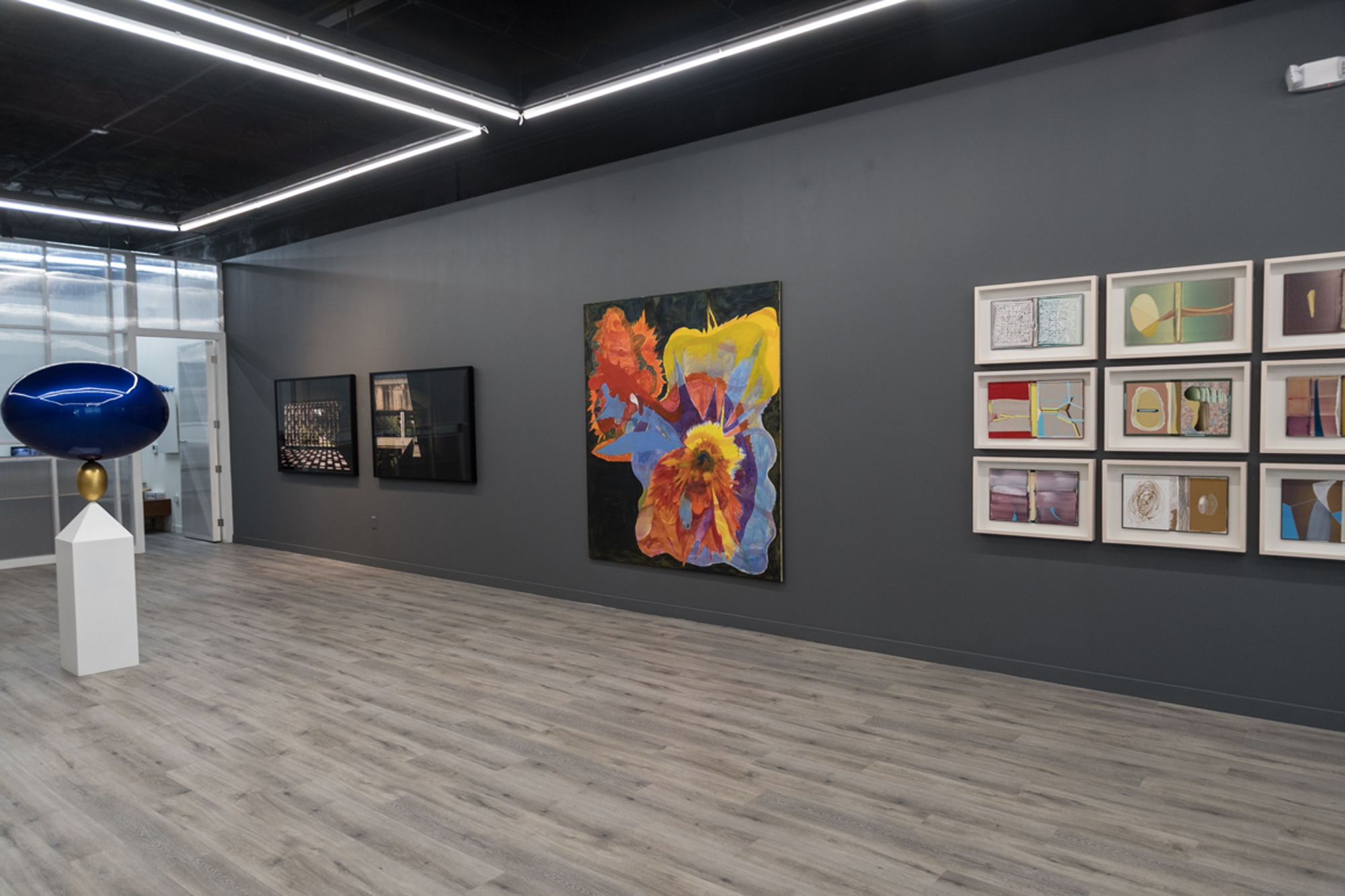 Since 1989, Diana Lowenstein has been part of the international art scene through her role as an active gallery owner and director, first under the name Der Brücke and now as the eponymous Diana Lowenstein Gallery.

Mrs. Lowenstein began her career as a gallerist in Argentina, fomenting young local artists as well as organizing exhibitions of world-renowned foreign artists.

Participating in high-caliber art fairs like FIAC in Paris, ARCO in Madrid, Art Basel, Art Chicago and Art Miami has been a staple in the gallery’s operation. Furthermore, Diana Lowenstein has been part of numerous organizing committees of these fairs, being able to influence their orientation to include a quality Latin American mix of talent.

In September of 2000, the gallery headquarters were moved to Miami. It is now based in Magic City District, the gallery has thirty-two years of specialized experience presenting contemporary art in the United States and across the globe. The Diana Lowenstein Gallery runs a year-long exhibition program in Miami and participates in the world’s most exclusive art fairs, presenting the works of its stable of international artists. She has made it possible for many of her exclusive artists to exhibit works in major world museums and biennales.