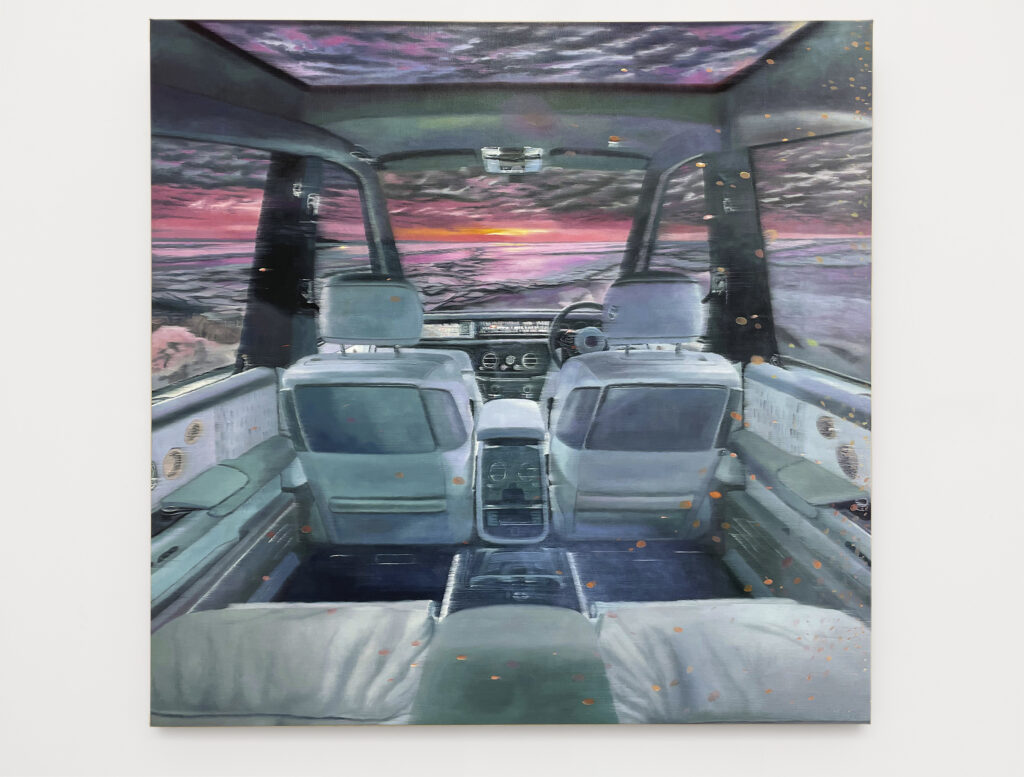 Luis Gispert : Garden of the Fugitives

“First the good news. The moratorium on imagining the end of capitalism, noted in the 1990s by Fredric Jameson, has finally expired. The long-awaited end of capitalism could merely be the beginning of something much worse. Late capitalism is certainly bad enough, with its explosive cocktail of climate change, inequality, police brutality and the deadly pandemic. Today, it’s easier to imagine the end of the world than the continuation of capitalism as we know it.

The not-so-good news is that, in undertaking this speculative exercise in apocalyptic scenario-planning, the left has a hard time differentiating itself from the right. In fact, the two ideological poles have all but converged on a shared description of the new reality.

For many in both camps, the end of actually existing capitalism no longer means the advent of a better day, Instead, the emerging consensus is that the new regime is nothing short of feudalism—an –ism with very few respectable friends. True, today’s neo-feudalism arrives with catchy slogans, slick mobile apps, even the promise of eternal virtual happiness in the borderless demesne of Zuckerberg’s metaverse. Its vassals have swapped their medieval garb for the elegant t-shirts from Brunello Cucinelli and sneakers from Golden Goose.

Imagine a boundless shopping cart on the other side of despair. Passionate clicking fills it with the judgments, decisions, desires, and fears that keep us estranged from the now.

Fredric Snitzer Gallery is pleased to present Garden of the Fugitives, a solo exhibition of new works by multi-disciplinary artist Luis Gispert. This exhibition builds off the unconscious minds of characters from a film the artist is currently making.

The film follows Tomás – an immigrant laborer who fled his country by shipping himself in a crate years before the film’s start. Now we find Tomás performing odd jobs for an upper-middle-class Latinx family while sending money to the estranged family he left behind.

A series of events forces Tomás to visit people in his community in search of something lost. However, this journey reflects Tomás’s own social and emotional turmoil: even though he successfully immigrated to this country, he has psychologically never left his crate.

Paintings, a sculpture, and a video work fill out the spaces between the characters’ dread and desires. Who are these people living in a neo-feudalist fantasy? What do they dream or ponder beyond what we see on the screen?

Luis Gispert (b. 1972, Jersey City, NJ) studied at the Art Institute of Chicago and received his MFA from Yale University in 2001. Gispert is a multi-disciplinary artist addressing various topics in his work, such as the infiltration of subcultures in mainstream society. Over the years, concepts surrounding American culture and the fetishization of value have inspired the artist. Those interests continue to serve as the basis for all his ideas to evolve. Gispert’s work acts as a composite, melding what is familiar with the unexpected. 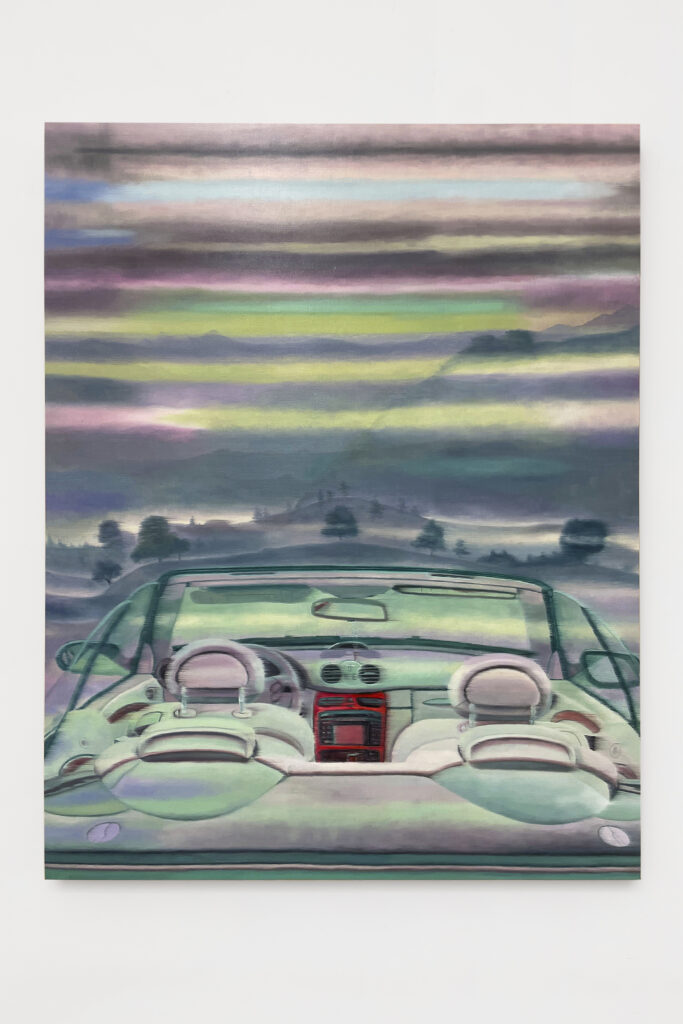 Founded in 1977, Fredric Snitzer Gallery is running strong as a leader in the contemporary art market in Miami. Committed to presenting work across all media including painting, drawing, sculpture, installation, photography, and performance from a diverse range of contemporary artists, the gallery has maintained a rigorous exhibition schedule that features at least eight rotating exhibitions by its artists each year.

Fredric Snitzer was one of the early champions of contemporary Latin American art in the United States. The gallery is known in leading the way with Cuban artists exhibitions early on, noteworthy was the Cuban rafters exhibition “They would rather die” in the 80’s. Avant-garde Cuban artists in particular continue to have a strong presence in the gallery’s roster. The gallery has also launched international careers for emerging Miami artists, such as Hernan Bas. Important Miami based artists are significant to the gallery’s roster, as well as New York artists- Alice Aycock, Alan Sonfist, Los Angeles artists-Jon Pylypchuk, Alexander Kroll, Iva Gueorguieva, Kenny Scharf and Cuban based artists, Alexander Arrechea (former member of Los Carpinteros), and Cuba’s National Fine Arts Award winner Lazaro Saavedra. 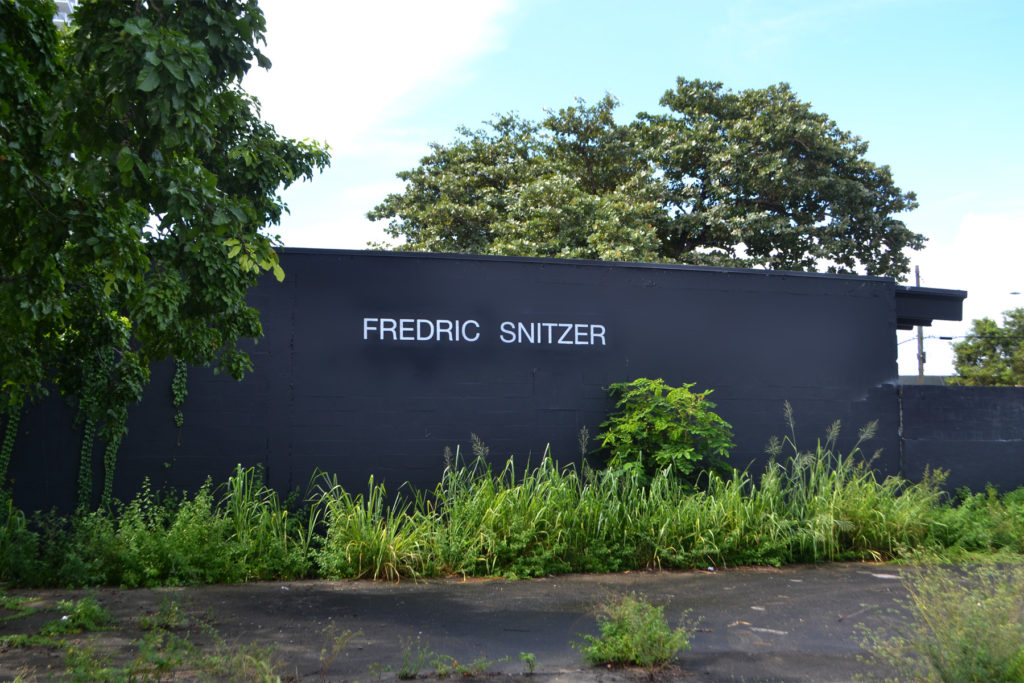